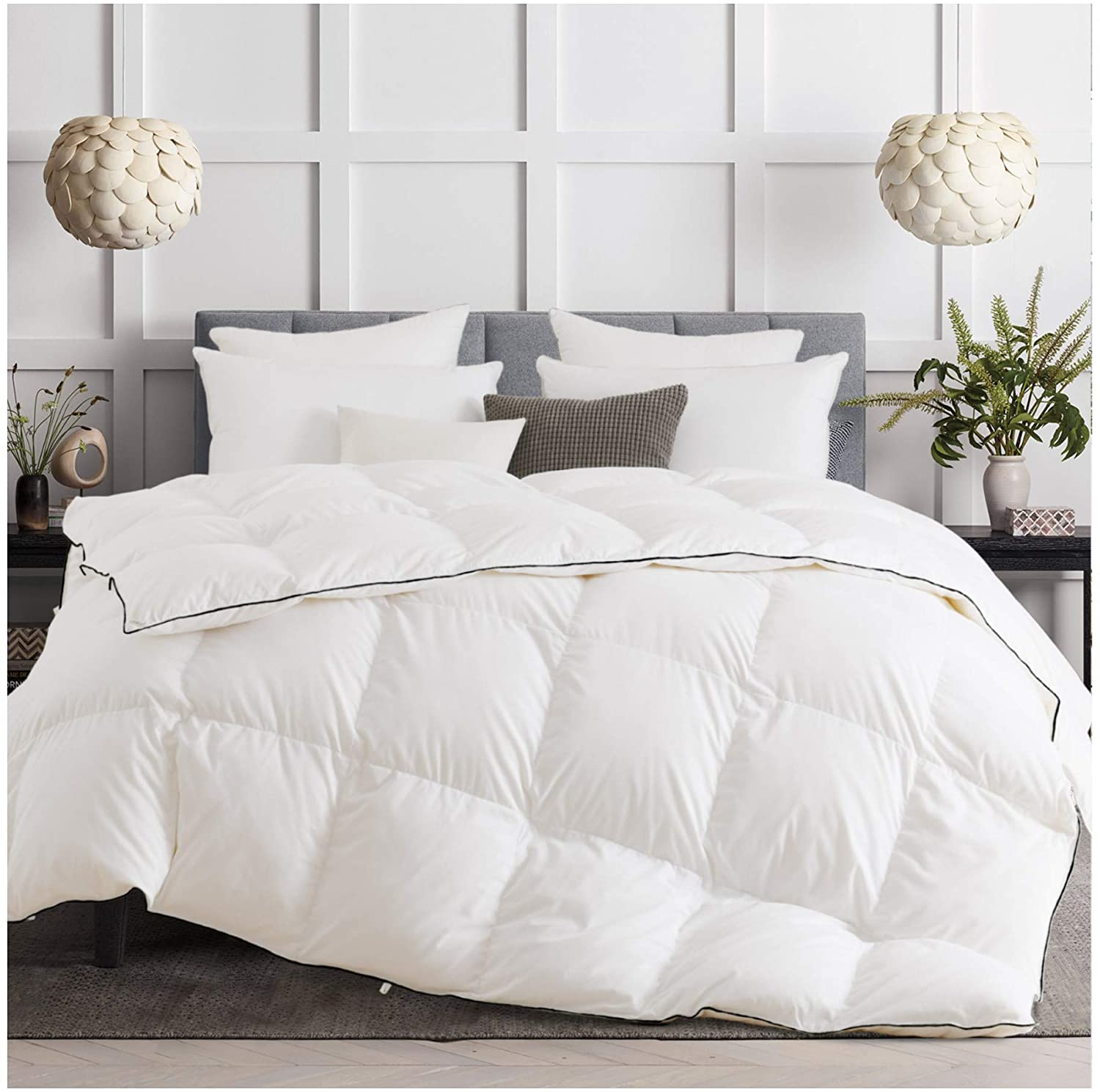 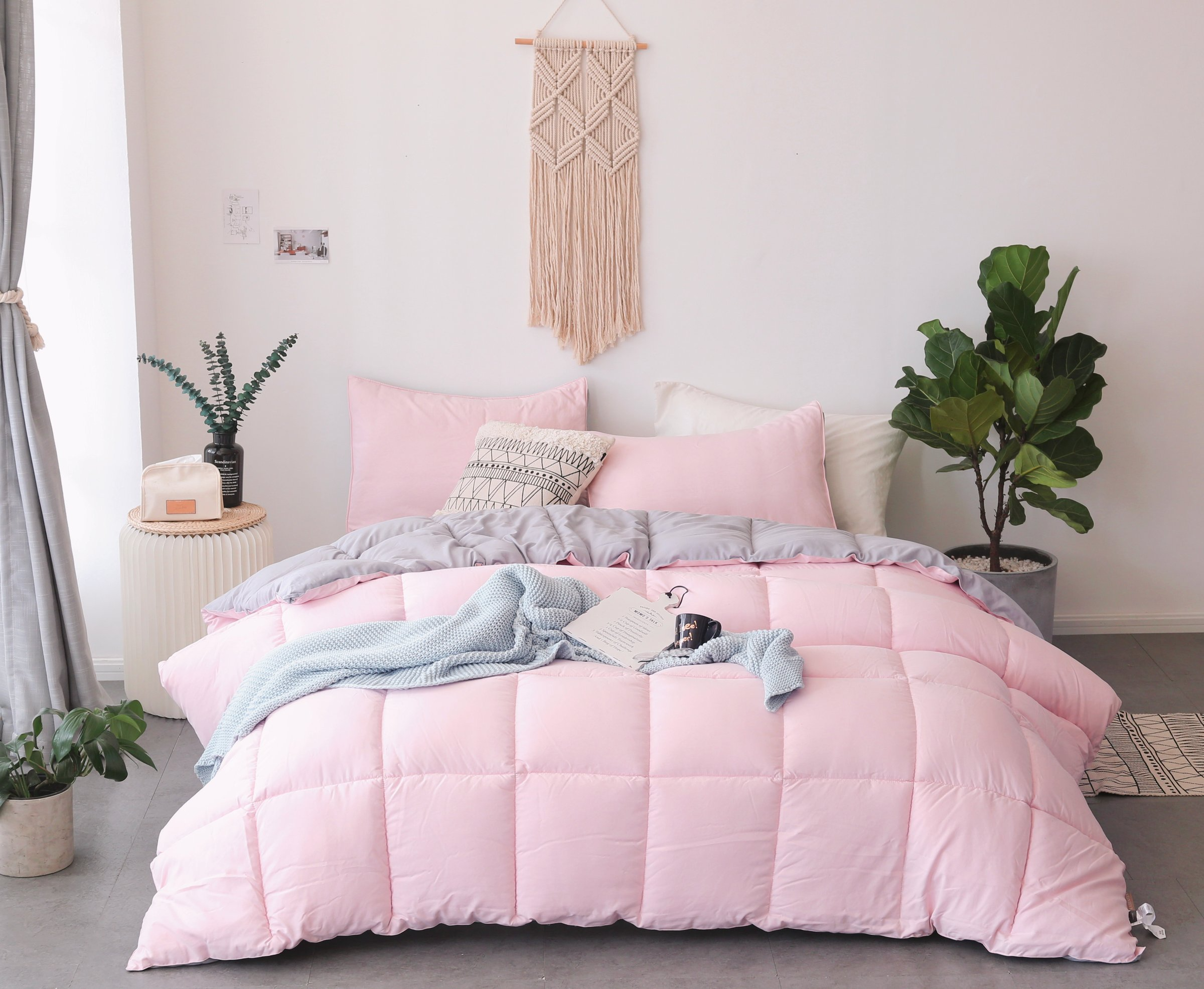 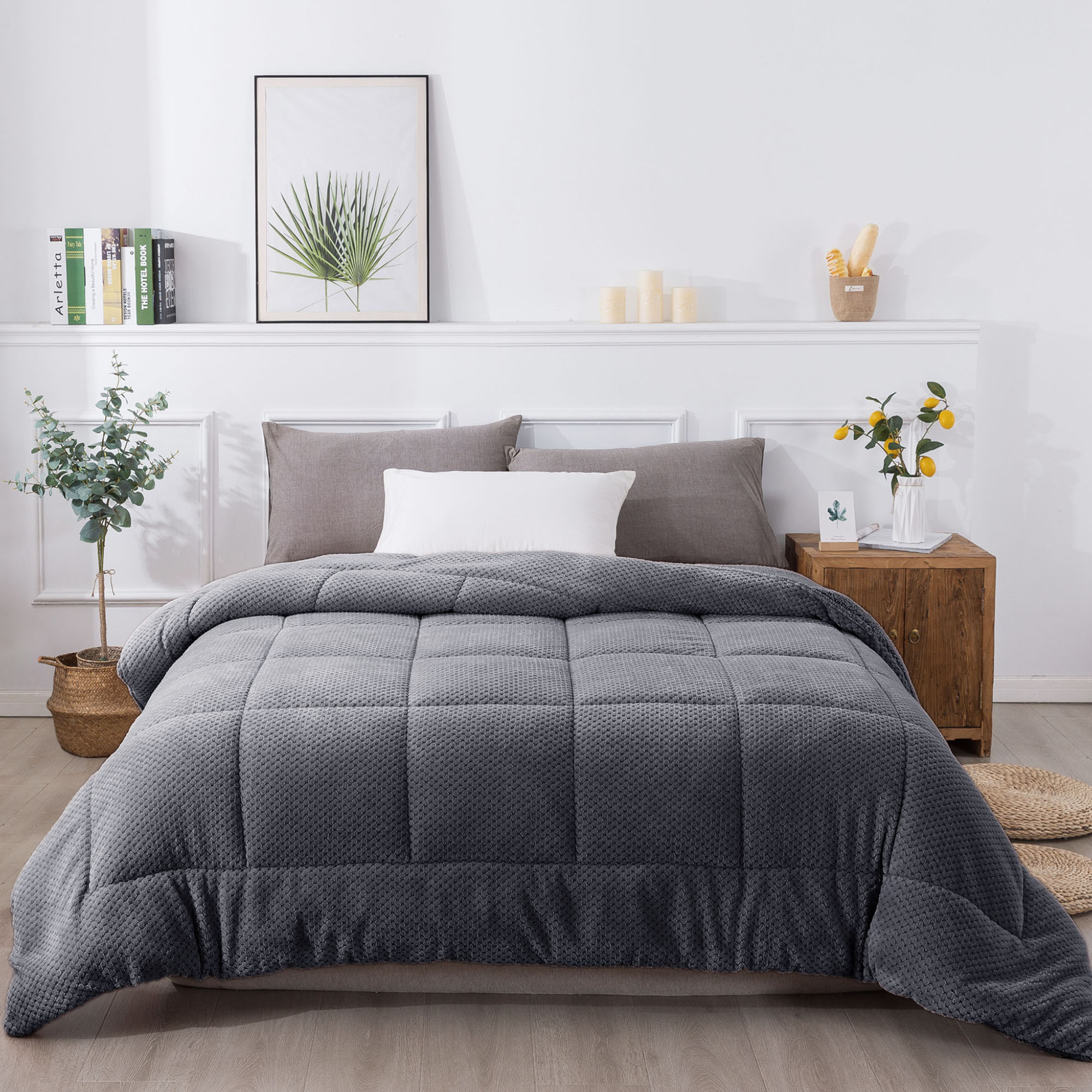 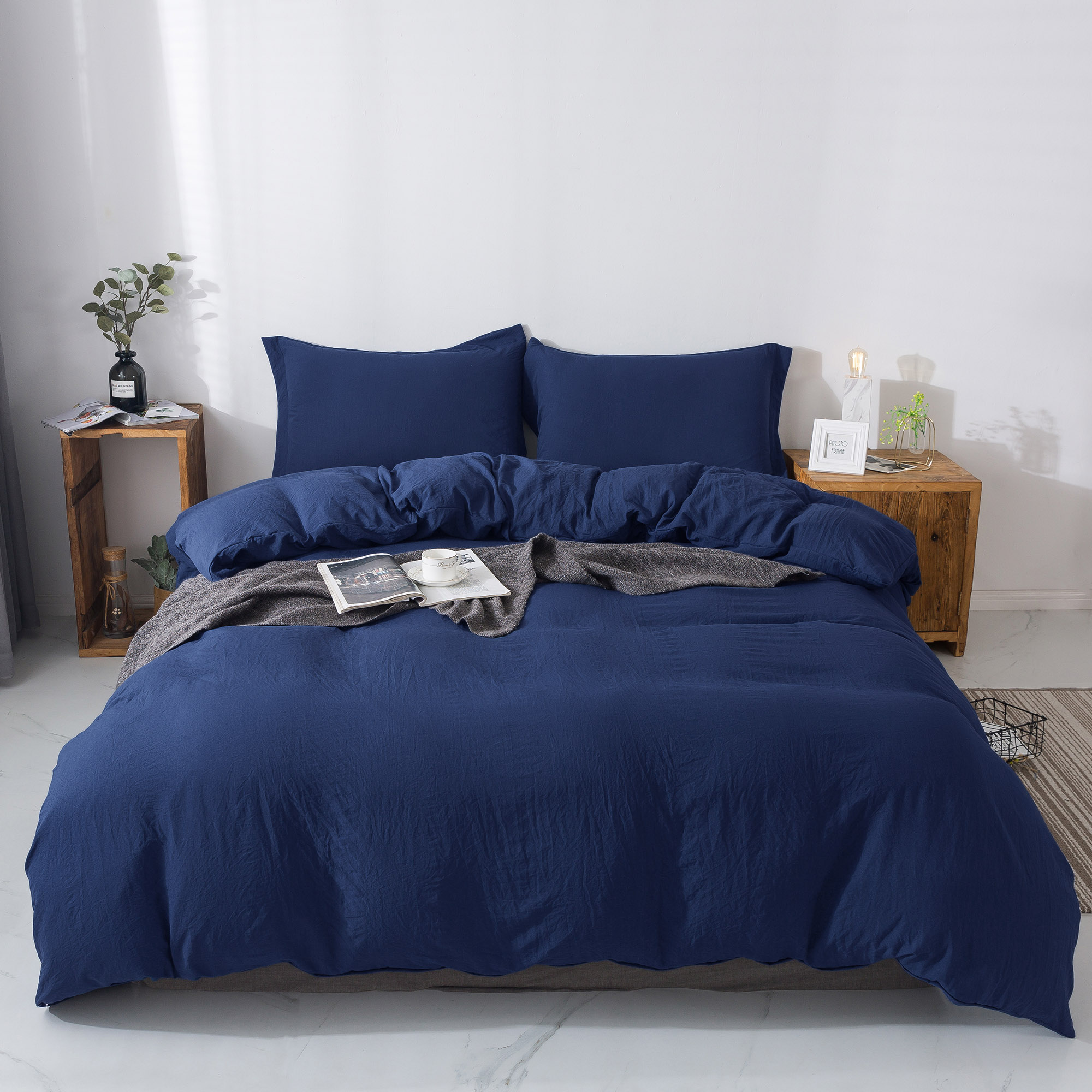 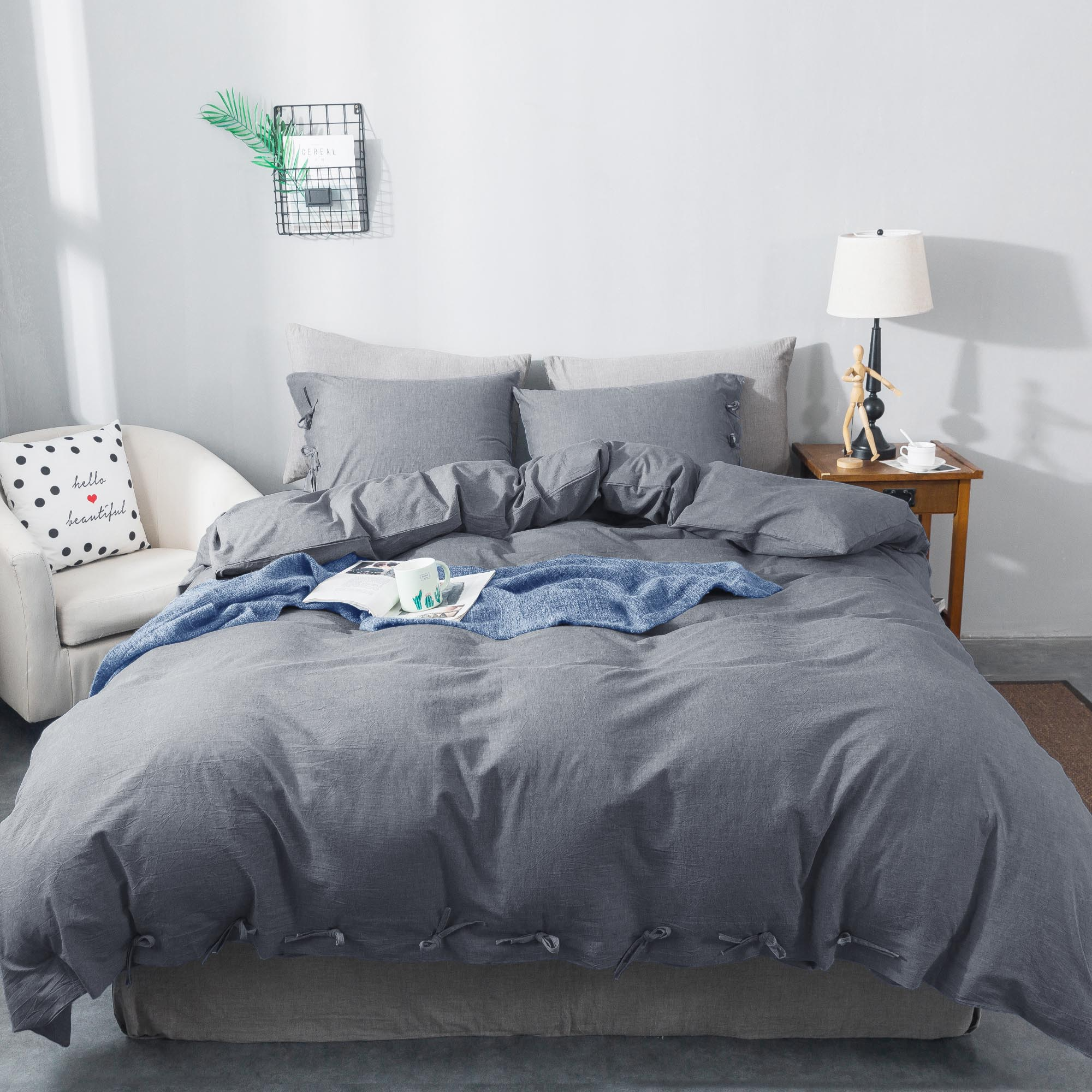 HOW TO CHOOSE FROM BED COMFORTERS VS DUVETS

Searching for new bedding can be difficult, especially with the wide variety of options. When it comes to making a decision between a bed comforter or a duvet, you may find yourself having a hard time. The truth is, both are great options! It is just a matter of deciphering which one appeals to you more, and that answer will be different based on individuals and their preferences. Here we will explain the main benefits and differences between the two, helping you decide which option will be a better fit for you!

Sometimes, it may be confusing to tell the difference between a bed comforter and a duvet. Not only do they often look the same, but their basic purpose is the same as well. They are both used as a covering for your bed and they will both keep you warm and serve their purpose exceptionally. So this may leave you asking the question, “Why does it matter which one I choose then?” The answer is simple, it matters because their minor differences will make a major difference in your life based on which functionality you prefer.

To begin helping you decide between which option is the best fit for you, let’s start by explaining what a bed comforter is. A bed comforter is one piece of bedding, meaning it is ready to go as soon as you get it. Bed comforters are often filled with feathers, down, or synthetic fibers to keep you warm and also feature sewn-through patterns to keep the fill evenly distributed. Bed comforters tend to be longer than duvets, which helps point out a distinct difference between the two.

Since bed comforters are one piece, they are paired with and placed over a top sheet. While comforters are still fluffy and warm, they do tend to be a little thinner than a duvet, so adding a throw blanket or quilt can be beneficial. Bed comforters are perfect for a layered look if that is your type of style! Bed comforters come in different colors and designs, so they also serve purpose as a decorative cover. When it comes to bed comforters, you can choose how many layers you want to add or remove, so the options are endless.

Now, onto duvets. Duvets are also filled with feathers, down, or synthetic fibers, but are fluffier than a bed comforter, giving you ultimate comfort and warmth without the need of a top sheet or alternate throw blanket. The reason that duvets are usually used without top sheets is because duvets are actually inserts that get placed inside covering, called duvet covers. Therefore, eliminating the need for another sheet. It’s important to remember that when purchasing a duvet, it is also necessary to purchase a duvet cover along with it. Duvets originated in Europe, so they are considered “European-Style Sleeping” and are referred to when top sheets are removed from your sleeping equation.

When it comes down to it, there really are differences that need to be weighed when deciding between a duvet or a bed comforter, no matter how similar they may appear to be. After going through how the two vary, it is important to focus on different aspects of what you are specifically looking for.

An important aspect is style. If you prefer a layered look, then a bed comforter may be the best option for you. However, if you find yourself always switching up your style, a duvet may be better since duvet covers are interchangeable and do not require you to buy a whole new bedding set when aiming to change your look.

It’s also important to focus on the type of comfort you are looking for. If you know you love to have the option of  being super cozy on a chilly night then going for a lighter layer on a warm night, a bed comforter will probably suit you better due to the fact you can always add and remove layers with top sheets and throw blankets. However, if you’re searching for just one super cozy blanket to always keep you warm, a duvet is right up your alley.

Another thing to consider is the level of maintenance each one requires. Since you sleep with your blankets every night, it is recommended to wash them frequently. Duvet covers are definitely easier and quicker to wash since they are lighter and smaller than bed comforters, but the dedication to reassembling your duvet may diminish with time. Placing the duvet back in the duvet cover is not as easy as putting your bed comforter on after a wash. So, the two truly go hand in hand when it comes to maintenance. One is easier to clean, while the other is easier to put back together. At the end of the day though, the work you put into keeping your bedding clean is definitely worth the comfort.

As mentioned before, it all comes down to your personal preferences when choosing between a duvet and a bed comforter. They each have their own benefits and special features. Choosing your bedding is a very serious decision because it's where you go for comfort at the end of a long day to get a good night's sleep. Therefore, learning the distinct differences between a bed comforter and a duvet can be very beneficial for your satisfaction with your decision. Now that you have learned all there is to know about bed comforters and duvets, you are on the fast track to making your final decision!

Emily Trzeciak
A New Jersey-based professional writer, blogger with a passion for writing about lifestyle, entertainment and trending topics.

Added to your cart: